When designing a ceramic capacitor, the type of dielectric used will influence the characteristics of the capacitor and define its electrical behavior. At a high level, there are two types of dielectrics made with ceramics – paraelectric and ferroelectric. Dielectrics containing paraelectric (or non-ferroelectric) ceramics are known as Class I dielectrics. These dielectrics show a linear relationship of polarization to voltage and are formulated to have a linear temperature coefficient. Capacitors using a Class I dielectric have high stability across various temperatures, but have low permittivity, which means the capacitor will offer low capacitance.

For both Class I and Class II dielectrics, the various combinations of temperature coefficients and operating temperatures result in different electrical characteristics for the dielectrics used in ceramic capacitors. Dielectrics are grouped into "application classes" based on these characteristics, and these application classes are defined by two separate sets of standards. One standard is from the  International Electrotechnical Commission (IEC) and the other is from the Electronic Industries Alliance (EIA), an alliance that was disbanded in 2011 but has standards that still prevail and have since become part of the Electronic Components Industry Association (ECIA). Let’s dive into the classification systems used by each of these standards to help easily identify the temperature coefficients and operating temperatures for both dielectric classes.

These code combinations are shown in Table 1. 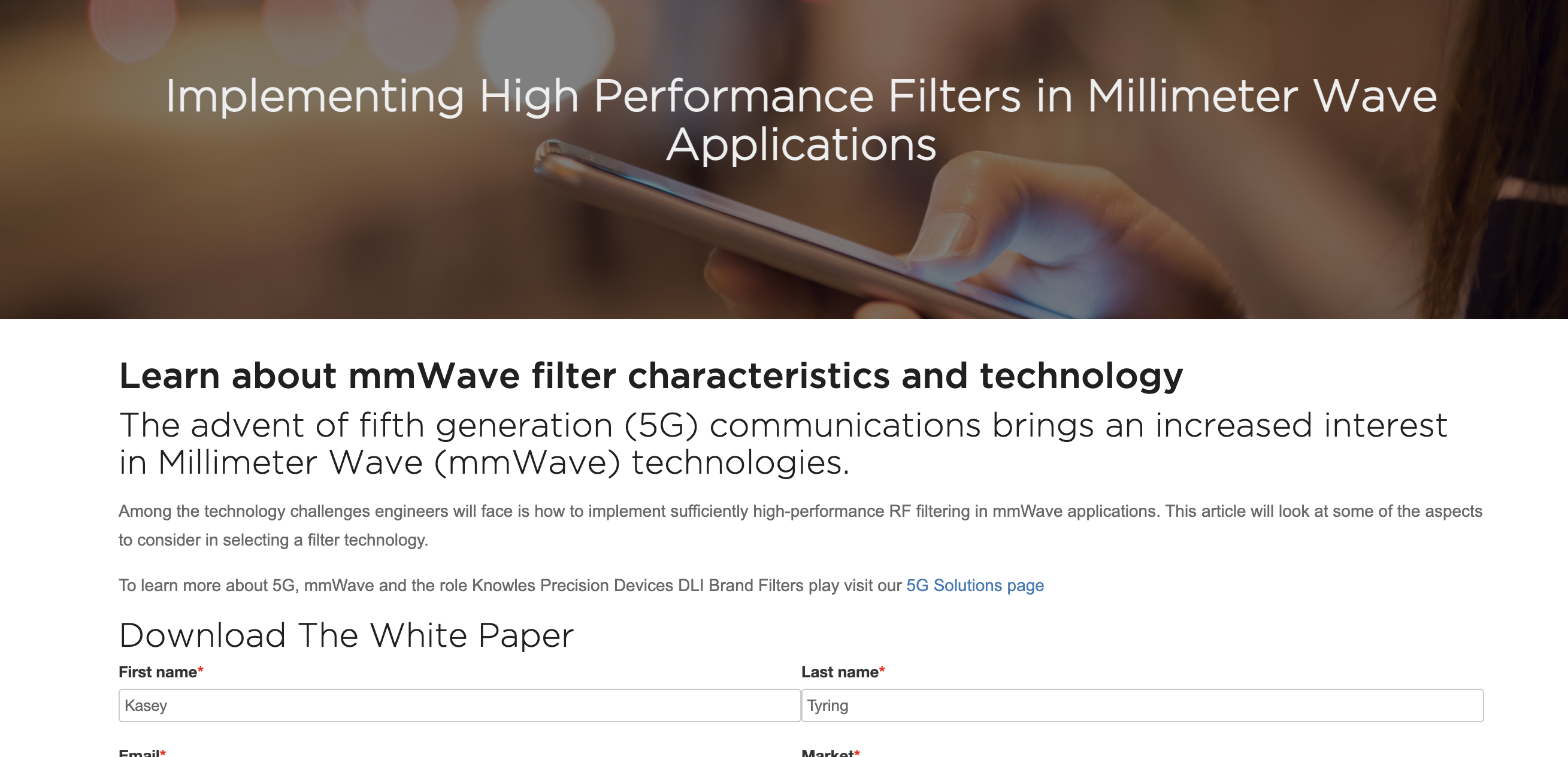 For example, a popular Class I dielectric used is C0G. This means this dielectric has a 0 +/- 30 ppm/K, or an allowable capacitance change of ±30 ppm/°C over the -55°C to 125°C operational temperature range. As a result, C0G dielectrics generally have K values between 20 and 100 and are used to make stable, lower capacitance parts in the picofarad (pF) to nanofarad (nF) region.

For the IEC/EN 60384-8/21 standard, the temperature coefficient and tolerance are replaced with the two letters of the EIA code used. For example, the corresponding IEC/EN code for C0G is CG. Ceramic names can also be broken down under both IEC/EN 60384-8/21 and EIA codes. Table 2 shows the different ceramic names with the temperature coefficient located within the name. 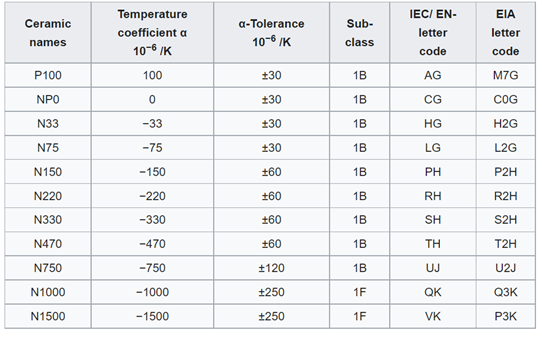 Class II dielectrics are broken down differently than Class I dielectrics, but also labeled for the EIA ES-198 standard using a letter-number-letter system according to the change in capacitance over the temperature range in the following manner:

Table 4. The Class II ceramic capacitors’ code system for EIA RS-198 for some temperature ranges and inherent change of capacitance.

Commonly used Class II dielectrics include X7R and X5R, which both call out a ±15 percent change of capacitance over temperature, but with different maximum temperatures.

Table 5. The code system for IEC/EN 60384-9/22 for some temperature ranges and inherent change of capacitance.

It is possible to translate the EIA code into the IEC/EN code, although some parts may not be complete translations. For example, EIA code X7R correlates to IEC/EN code 2X1, which call out for ±15 percent, operating temperature of −55°C to +125 °C.

To learn more about capacitors and dielectrics in general, download our Capacitor Fundamentals eBook.